What is Baltic Amber?

What is Baltic Amber?

Formed over 45 million years ago, Baltic Amber is an organic substance, a "Fossil Resin" produced by pine trees which grew in Northern Europe - from southern regions of the present day Scandinavia and nearby regions of the bed of the Baltic Sea. The climate became warmer and trees started to exude big amounts of Resin. Scientists say that Amber is a fossil pine resin from this region that has achieved a stable state through oxidation.

Baltic Amber has been used since ancient times, making Amber Jewellery and ornaments, as an ingredient in perfumes and has long been used in Folk Medicine for its healing properties. 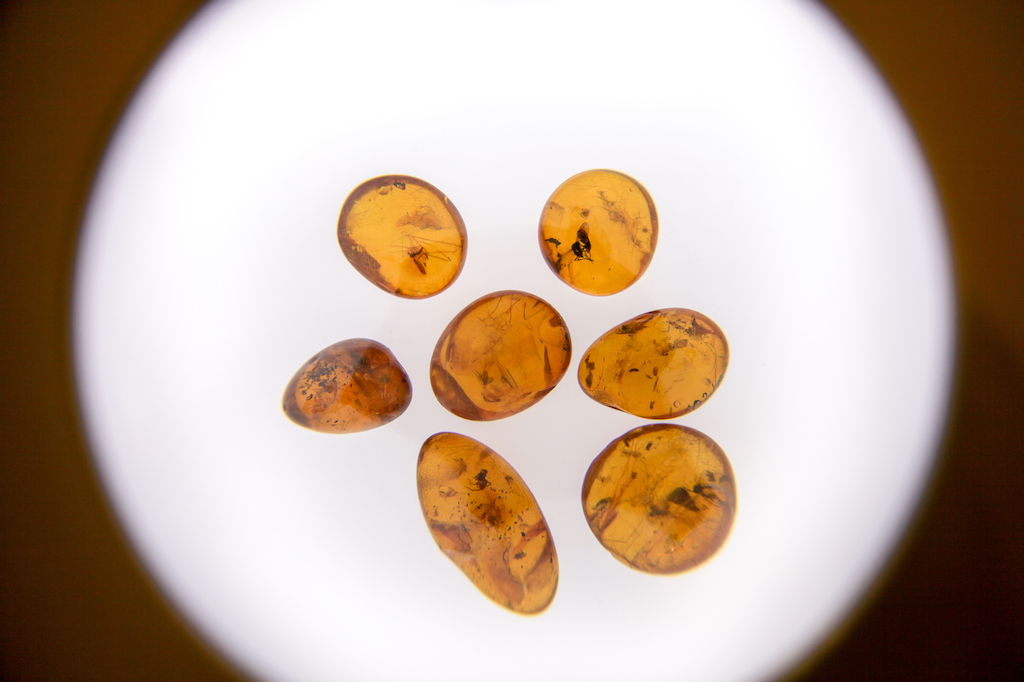 From a chemical point of view, Amber consists of 79 percent carbon, 10.5 percent hydrogen and 10.5 percent oxygen. Studies with a mass spectrometer have shown that amber contains over 40 compounds as well as Succinic Acids and additive salts of potassium, sodium and iron. Amber extends over three groups of compounds: volatile terpenes and sesquiterpenes, soluble, organic acids and also non-soluble polyether. It ranges from bright yellow to dark yellow or brownish-orange, depending on its age and where it is found, in seldom cases it is either red or blue. Only a small quantity of Amber is clear, because of the effects of the sun, most of it is opaque. It takes an electrical charge when it is rubbed and develops a pleasant resinous smell when it is burnt.

Learned scholars and scientists disagreed with each other for a long time about the origin and properties of Amber. The history of its origin was only clearly researched in the 19th century. Enclosures, such as water bubbles, gas bubbles, pieces of bark, twigs, plant seeds and even Insects and small animals unmistakably show its origin and give it its characteristic appearance.

Man's interest in Amber's properties date back to the Paleolithic Age. The exceptional smell of Amber burning and the beauty of the nuggets washed up on the shores of the Baltic Sea. Over time, our interests have proven well founded in that the properties of Baltic Amber are very beneficial to humans. Amber warms to the touch and exudes a nice, relaxing fragrance in the palm of your hand. It is also the only fossil resin that contains 3-8% Succin Acid (mostly located in the amber's surface layer), a powerful therapeutic substance with many applications for healing. Plants absorbed the Amber resin and plant leavers were often used as an antibiotic to heal cuts and or in a plaster to dress wounds.

There are also a number of other fascinating facts about natural Baltic Amber - it floats in salt water but sinks in fresh water; its hardness measures 2.0-2.5 on the Mohs Hardness Scale; its density amounts to 0.96-1.096g/cm3.

Also, Amber electrifies negatively and it is still alive because its internal metamorphosis is still incomplete.

Where Is Amber Used?

Since ancient times, amber pendants, buttons and beads have been made, as well as more complex items. Amber has been widely used to make religious artefacts. Baltic scientists and entrepreneurs have thought of innovative application elsewhere. As an organic material, it absorbs the body heat and is easy to work with.

Equally ancient is the use of amber for medicinal purposes. The Baltic amber's unique healing properties may be connected with its content of succinic acid, which is an excellent biostimulant. Medicinal amber filaments and fashion items such as shawls made of amber textiles are just a few of the unique new applications for the “substance of the sun”.

Besides, amber is applied as a strategic material on nuclear submarines and in the engines of spacecraft. By-products include amber oil and amber varnish. These are used to make high quality paints and varnishes. Amber varnish is essential for restoring the gilded roofs of architectural monuments.

The optical properties of amber have been utilised ever since the Middle Ages, Spectacles were made from amber, and at the present day, several manufacturers of optical equipment use amber to improve the quality of lenses.

Amber, particularly pressed amber or amberoid, is used as an insulator in electrical equipment. Such amber cores were also used in the equipment that measured radiation levels after the Chernobyl nuclear disaster. These facts just add up to the importance Baltics have always attributed to amber.